It's Sunday, it's "Meet the Press" and then some phone calls with friend and family and some Sunday papers online - the usual Sunday procedures.

The wind is blowing very hard and my Genty is rocking quite a bit. But still, in the afternoon, I had to go out. There is not much to see and do in Columbus, but there are two small museums. The one is right in the state park, the other is across the street.

The Columbus Historic Museum is actually three museums in one. There are three rooms (!), each of them with a different topic. The 1916 Pancho Villa raid to Columbus is covered in the first room. The other two rooms are a train depot museum and a general historical museum. All three are nicely equipped with lots of stuff by volunteers. 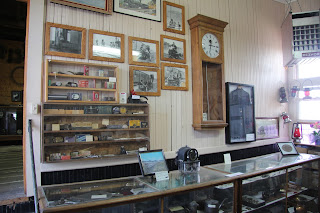 The museum in the Pancho Villa State Park is a new professionally made museum also about the Pancho Villa raid and the revenge by the US army under General Purshing, including a copy of the first US military aircraft. 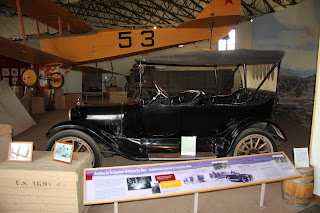 A few other photos can be seen here.